If the stoning is delayed 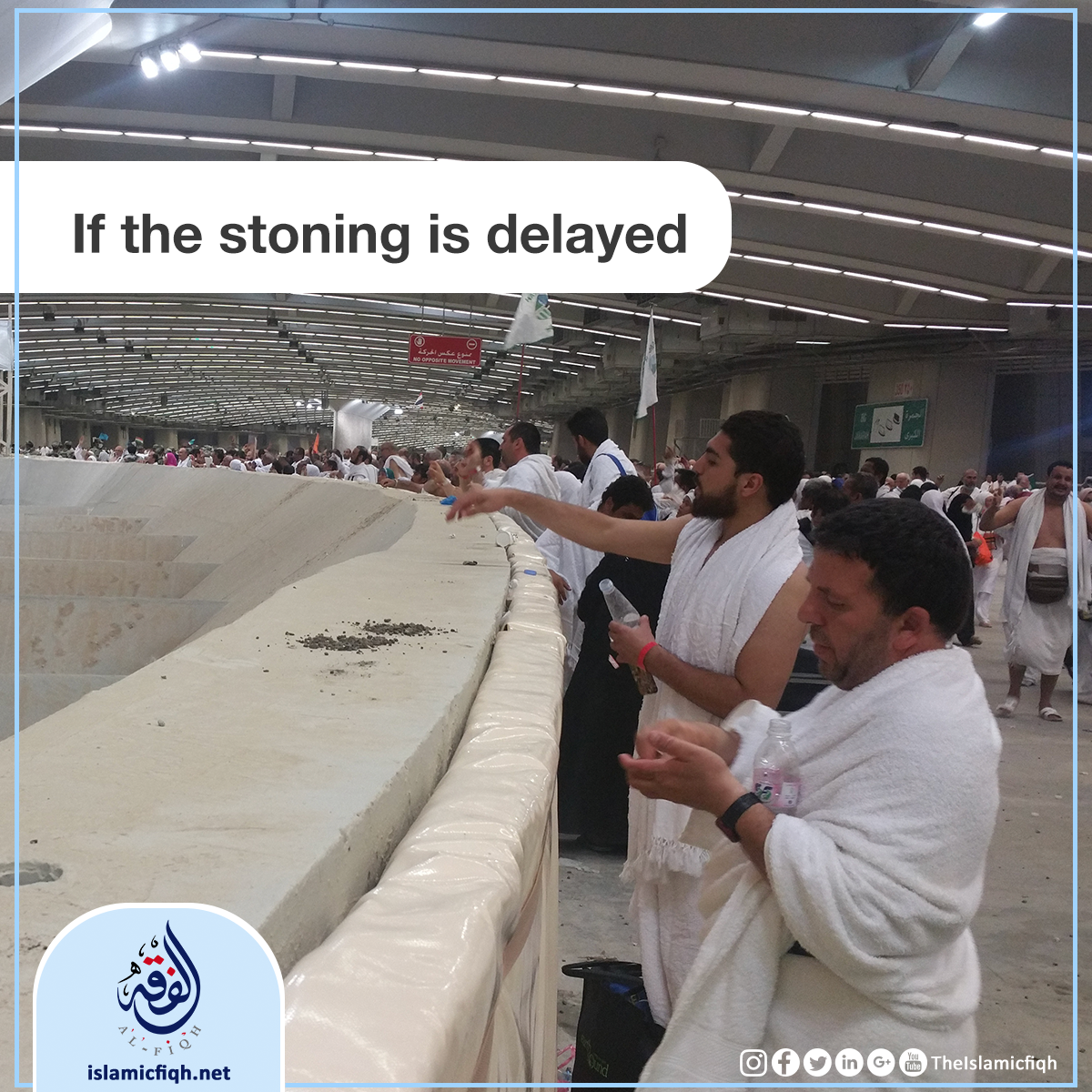 A pilgrim who has delayed the stoning until the last day starts doing this duty as for the first day, i.e. 11 Dhul-Hijjah, and performs the stoning at the three Jamrahs in the right order, as explained earlier. After stoning at the Grand Jamrah, he goes back to the first Jamrah to do the stoning for the second day, 12 Dhul-Hijjah, at the three Jamrahs in the same order. He repeats the whole process again for the last day, 13 Dhul-Hijjah. When he has done this, his pilgrimage duties are completed and he should leave Mina. It should be noted that if stoning is not done before sunset of the 13th, it cannot be done afterwards.

If the stoning is delayed

Fiqh as-Sunnah: The Book of Hajj