The essentials in prayer 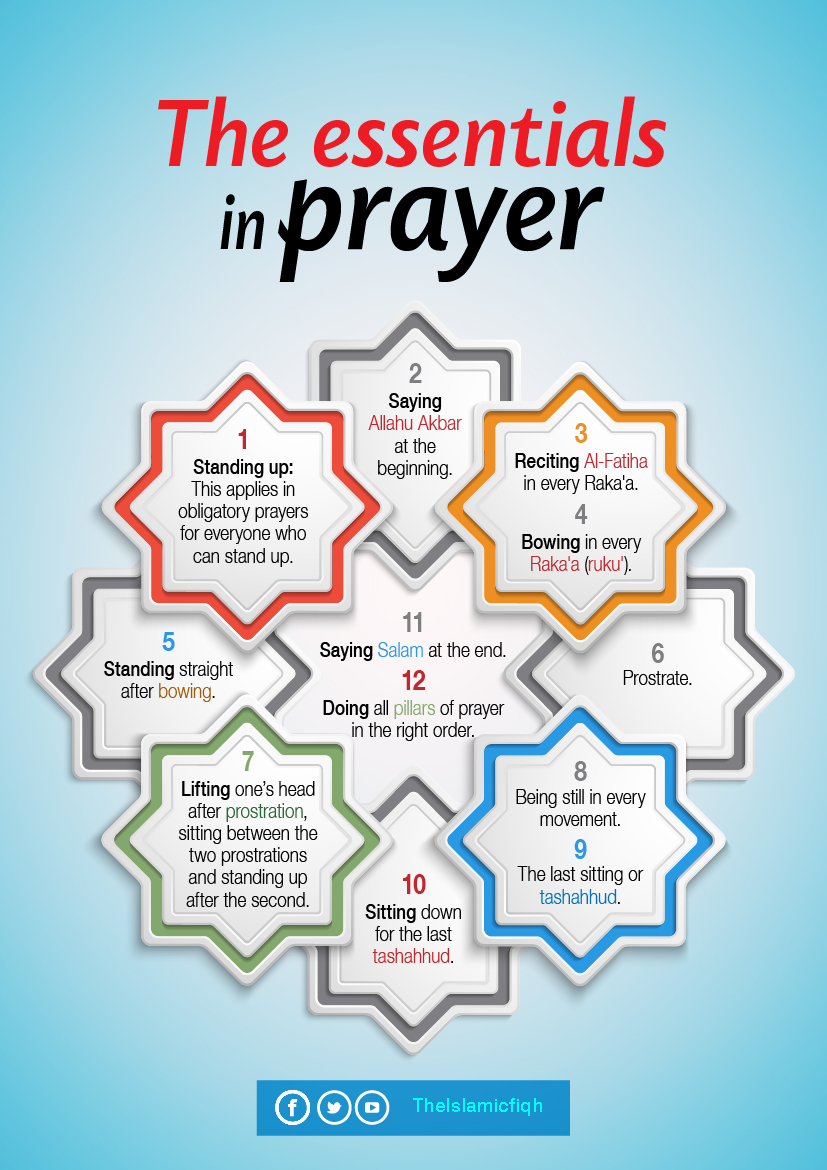 1-Standing up: This applies in obligatory prayers for everyone who can stand up. 2-Saying Allahu Akbar at the beginning . 3-Reciting Al-Fatiha in every Raka'a. 4-Bowing in every Raka'a (ruku'). 5-Standing straight after bowing. 6-Prostrate. 7-Lifting one’s head after prostration, sitting between the two prostrations and standing up after the second. 8-Being still in every movement. 9-The last sitting or tashahhud. 10-Sitting down for the last tashahhud. 11-Saying Salam at the end. 12-Doing all pillars of prayer in the right order.

The Prophet's Prayer from Authentic Ahadith

What do followers say behind the imam?

Jumu'ah: Its Benefits and Etiquettes

What is recommended (Sunnah) in prayer

by: The Centre of Research Excellence in Contemporary Fiqh Issues