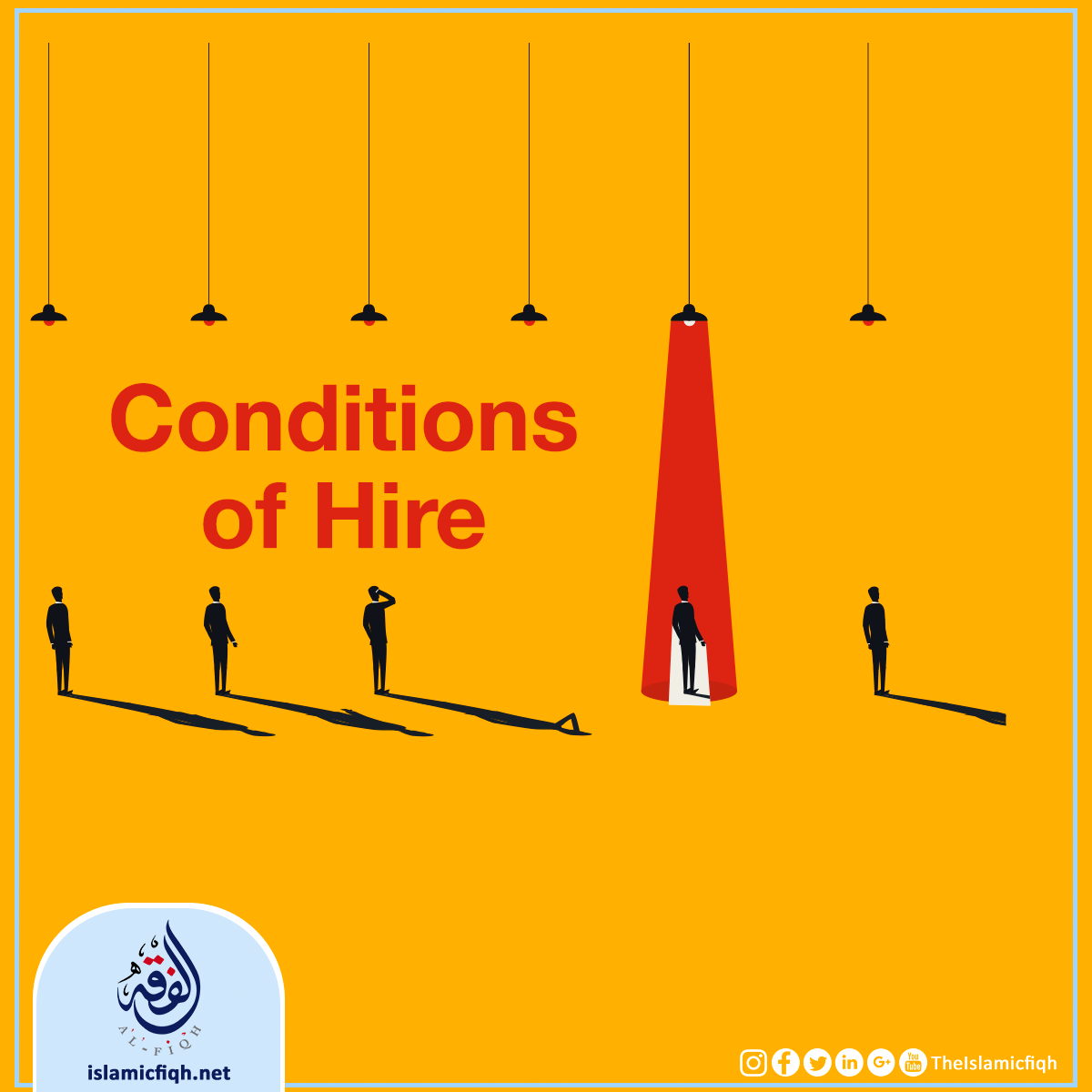 The Prophet (pbuh) said: ‘Allah Almighty said: “I shall be the adversary of three types of person on the Day of Resurrection: a man who has given his word by Me and has broken it; a man who has sold a free man and has consumed the price; and a man who has hired a workman, has exacted his due in full from him and has not given him his wage.’

1. The hire must be undertaken by someone who is qualified to act.

2. The benefit to be gained must be recognized, i.e. the subject matter of the contract.

3. The remuneration must be known.

4. The benefit should be lawful.

5. The benefit should be possible to realize.

6. The benefit should be owned by the one offering it, or to be permitted to give it.

7.  The period of hire should be known.